Twixl Publisher lets you easily create iOS and/or Android apps (for both tablets and phones), based on Adobe InDesign content. You

can publish in Apple’s App Store, Google Play, or the Kindle Fire Appstore. You can also export a “Web Reader” version of your content for displaying a publication is a standard desktop or notebook browser. The free Twixl Viewer app for iOS and Android allows you to quickly send a preview to your own device.

In combination with the Twixl Distribution Platform, that allows you to manage kiosk apps, with support for In-app purchases, subscriptions, entitlements, Newsstand, push notifications, we offer a very competitively priced and compelling mobile publishing alternative. 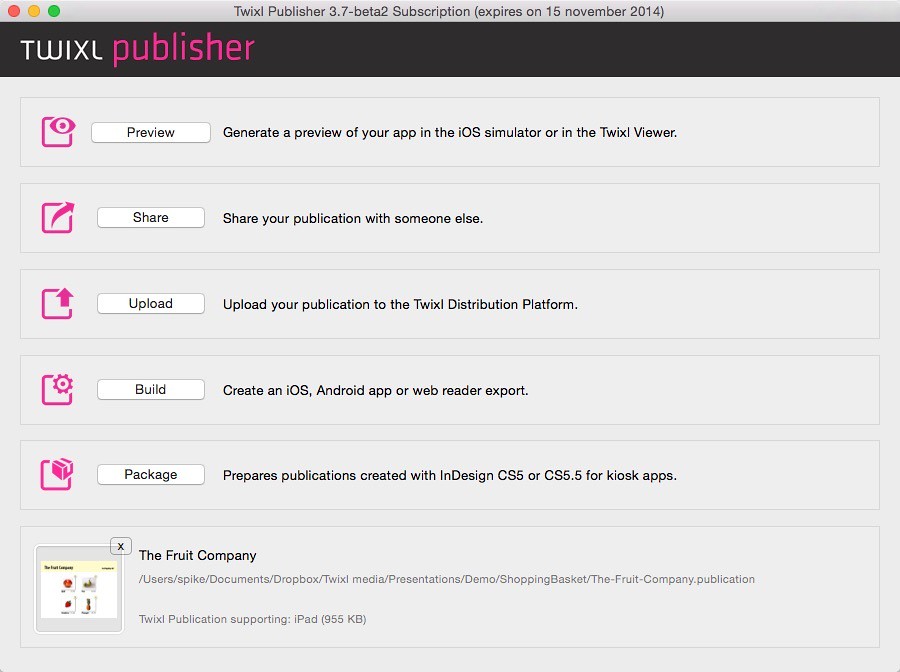 If you are using Adblocker!! Please support this website by adding us to your whitelist. Ads are what helps us bring you premium content! Or read this to know how you can support us. Thank you!